This was my written response today to the LV metro Police Union request to meet with me:

To the LVPPA Assembly Candidates Endorsement Board: As you may well be aware of or should be, the Organization Our Revolution Nevada has called for the DEFUNDING AND ELIMINATION OF Las Vegas Metro, which I am vehemently opposed to such. In 2018 (see attached LVPPA endorsements) despite the fact that you were aware I was a 12 year Las Vegas Metro Neighborhood Watch Captain, you recklessly chose to endorse my Communist opponent Howard Watts (see attached) who accepted the endorsement as a ‘progressive social democrat’ of Our Revolution Nevada which is affiliated with the Communist party USA, both calling for the defunding and elimination of Las Vegas metro. I have been overwhelmed this election cycle with voters who have demanded that I not meet with your organization which has endorsed a candidate who will not renounce the Our Revolution Nevada endorsement UNLESS the LVPPA first renounces its prior endorsement of Howard Watts. It has come to our attention that Mr. Watts, a longtime Progressive leadership Alliance of Nevada field organizer (see attached) willingly uses the social democrat label in promoting his 32 hour work week agenda and sponsored the bill for a mileage tax which it has come to our attention that police officers would have mileage deducted from their salaries that drive public vehicles home. It is my view that policy aids in quick officer responses and to charge officers the cost of mileage is outrageous.

Feel free to what you may with this response 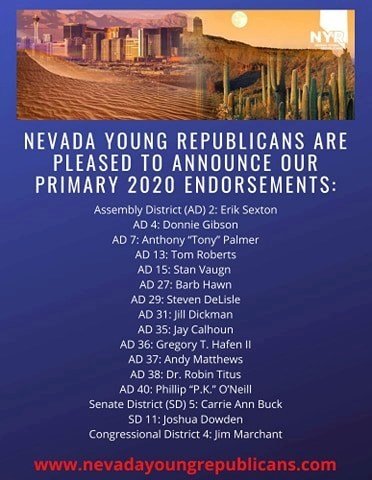