To the voters of Assembly District 15

It is URGENT you vote for Vaughan in the general election this year and preferably do so during early voting. The District placed a representative in the legislature who then betrayed property owners by voting for SJR 14 to triple your property taxes. Listed first on those voting for the constitutional amendment voters have ONE CHANCE to stop the tripling of their property taxes as the incumbent is not running for re-election . If the legislature votes in favor a second time, it will triple property taxes as the Washoe County Tax Assessor points outs.

VOTE VAUGHAN for Assembly 15 to protect your assets and property to prevent this! My opponent has made no comment on this issue at his campaign website. Why? Because perhaps he hopes you will not pay attention to this attempt by government to triple your property taxes!

All About Stan: A Winning Platform in an Losing District
Next
We’re #1 and not in a good way! 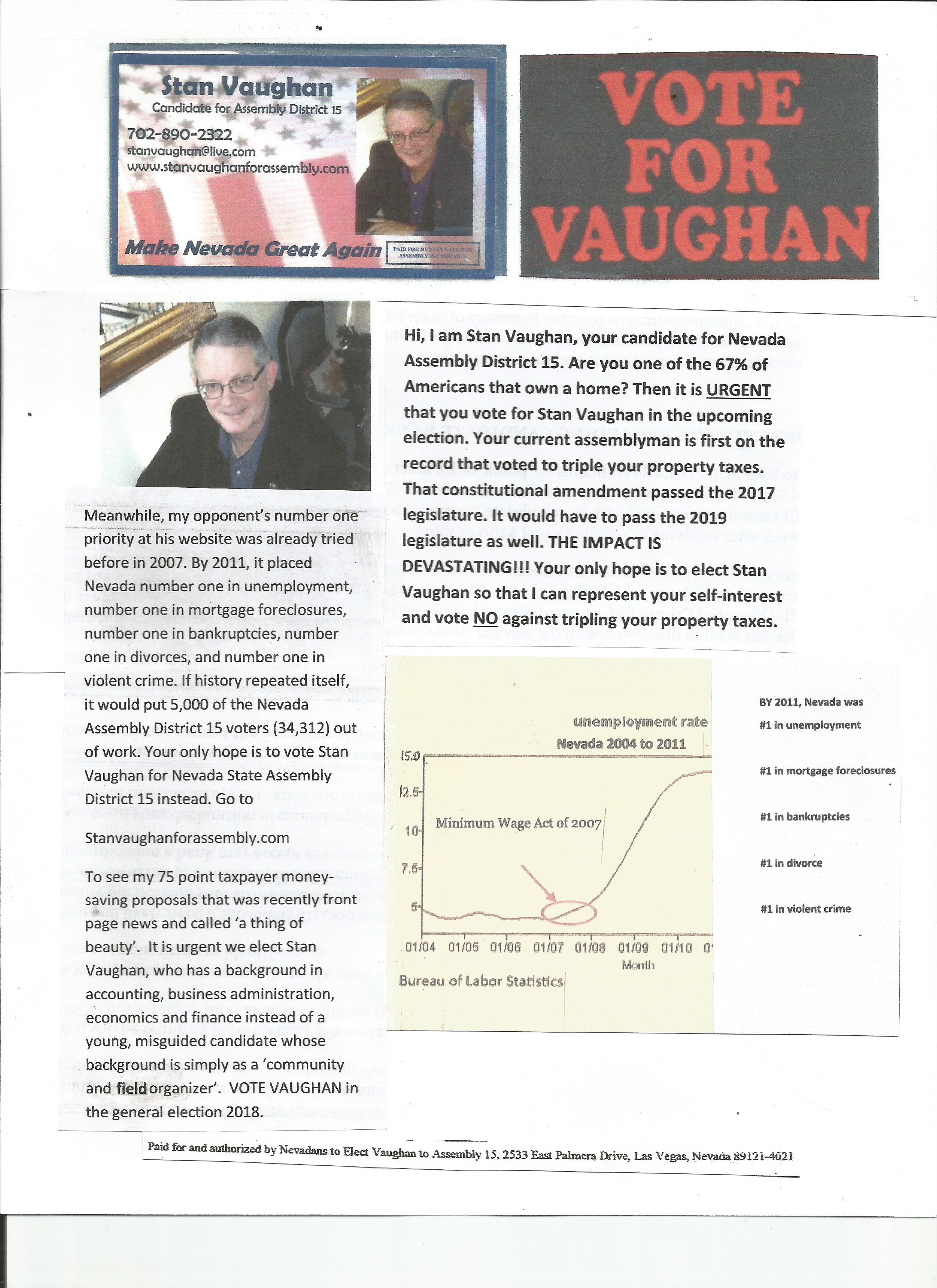